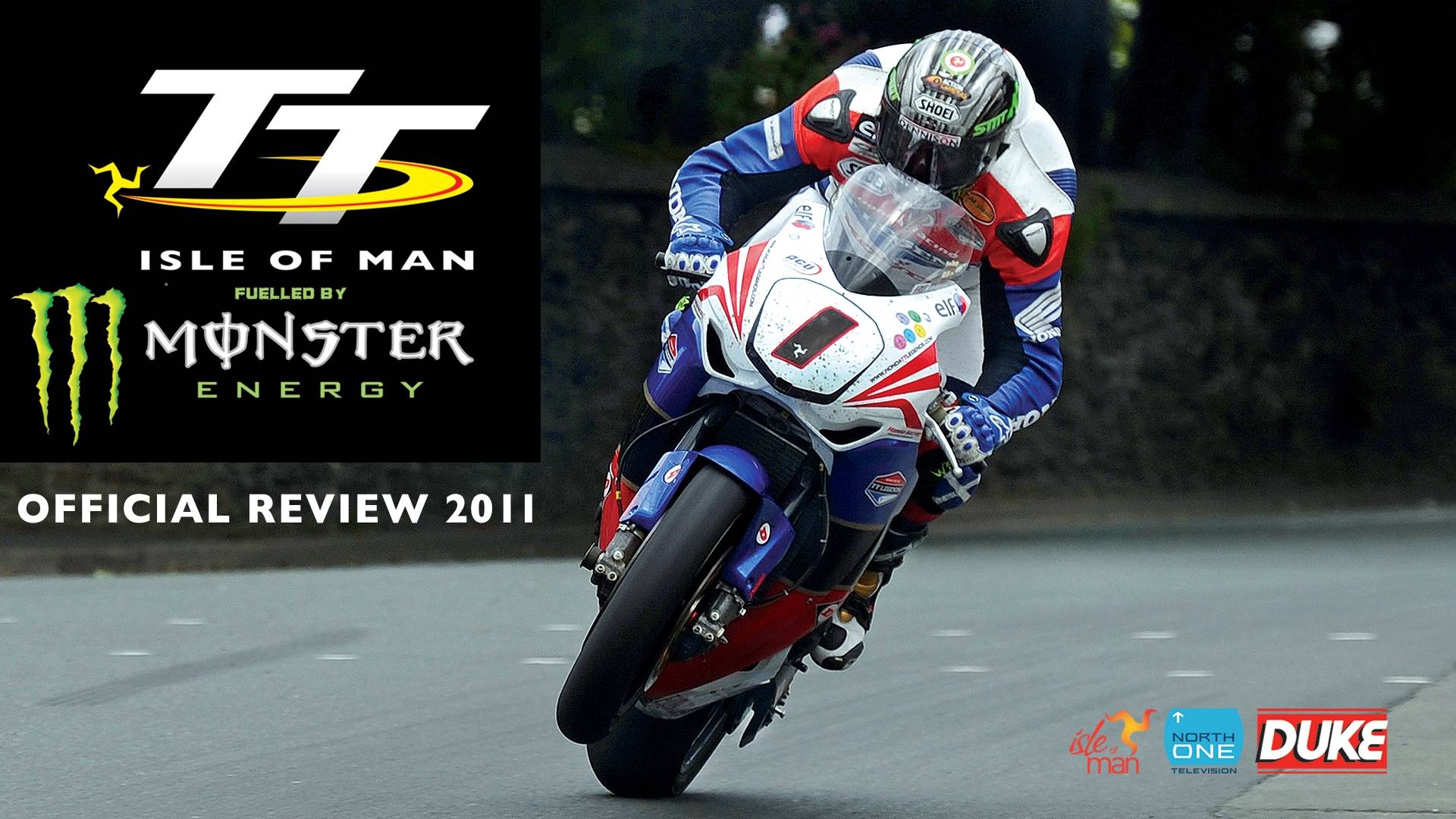 Relive the action, drama and atmosphere of the amazing 2011 Isle of Man TT fuelled by Monster Energy. The Official Review features comprehensive coverage of every race, practice and the unique festival atmosphere which surrounds the world’s great road race. This is racing at its most extreme – speeds of more than 190mph just inches from hedges, houses and walls.

‘King of the Mountain’ John McGuinness reclaimed his crown with stunning rides in the Dainese Superbike and PokerStars Senior TT, although fan’s favourite Guy Martin made the Morecambe missile work for his 17th victory every mile of the way. Michael Dunlop, Bruce Anstey, Michael Rutter and the Sidecar team of Klaus Klaffenbock and Dan Sayle all made welcome returns to the top step of the TT podium, plus the 100th anniversary of racing on the legendary 37.7-mile Mountain course celebrated new victors – Lincolnshire’s Gary Johnson and TT Sidecar regulars John Holden and Andrew Winkle. Eight races, seven winners and some of the closest competition seen in a century of racing on the Moutain – and it is all here.