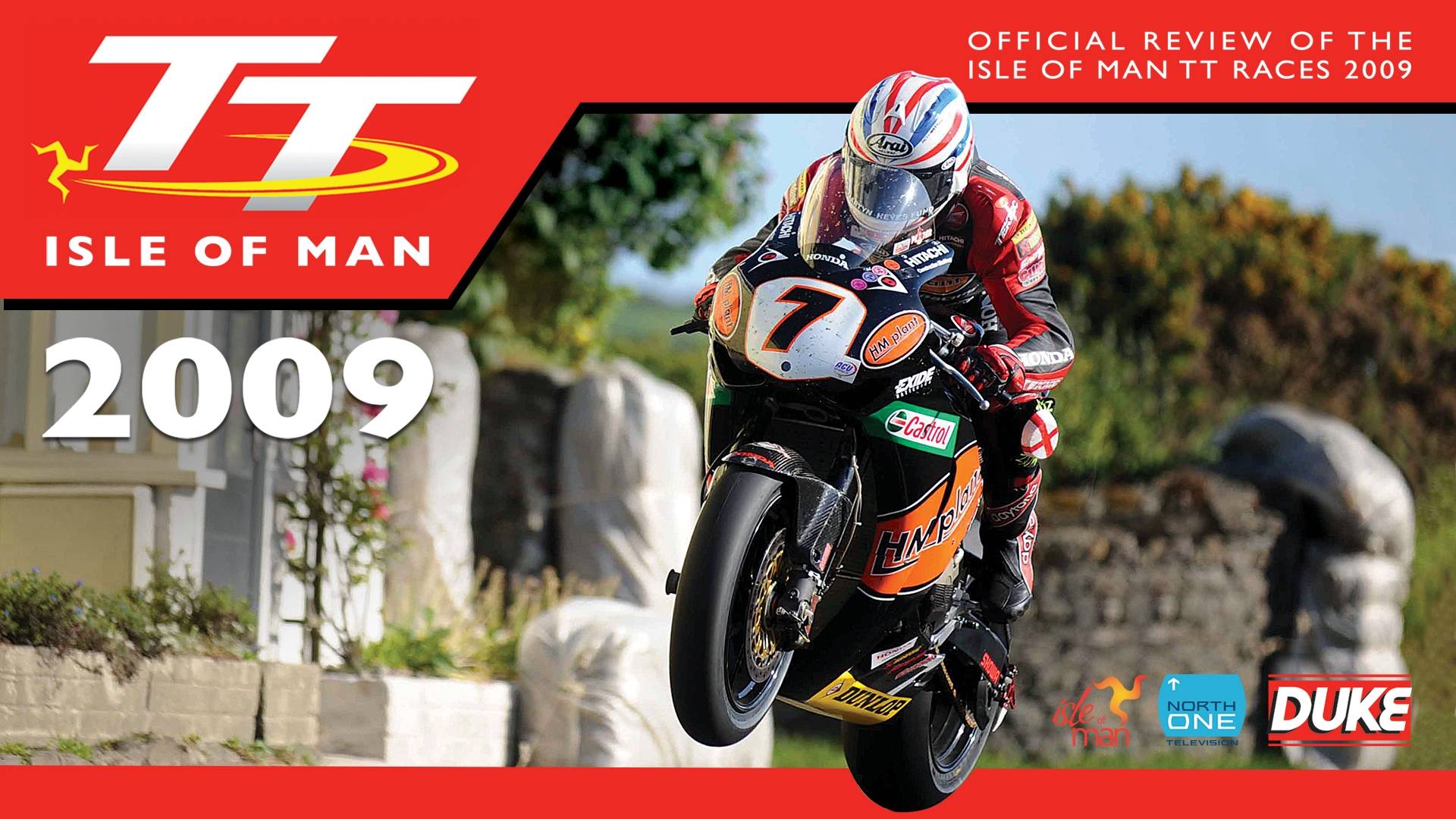 The Official Review of the 2009 Isle of Man TT features almost four hours of race action, fascinating interviews and plenty of bonus features.

For the first time the awesome racing from the world’s greatest road races can now be enjoyed in unrivalled high definition. You will marvel at the pin-sharp picture quality, the definition so refined you can see the riders' eyes behind their visors and experience every flex of the machines as the extreme slow-motion sequences take you closer than ever to the TT.

The 2009 Isle of Man TT Official Review delivers comprehensive coverage of a record-breaking event, with edge-of-the-seat drama from every race, special features and informed commentary from Steve Parrish and James Whitham. The skill it takes to control 240bhp superbikes at over 190mph has never been so spectacularly captured.

Experience every vital moment, including John McGuinness scoring his 15th TT win and setting a new outright lap record - an average speed of 131.578mph around the 37.73-mile course. There’s the unforgettable PokerStars Senior TT triumph by Steve Plater, the fearsome battles between Ian Hutchinson and Guy Martin, the heartbreak of Bruce Anstey and Cameron Donald, the emotional return of the Dunlop name to the winner’s step and much more.Plus, Sidecar legend Dave Molyneux’s 14th TT win and the inaugural TTXGP - a race for clean emission motorcycles which once again put the TT at the forefront of motorcycle technology.